The latest updates for regional producers 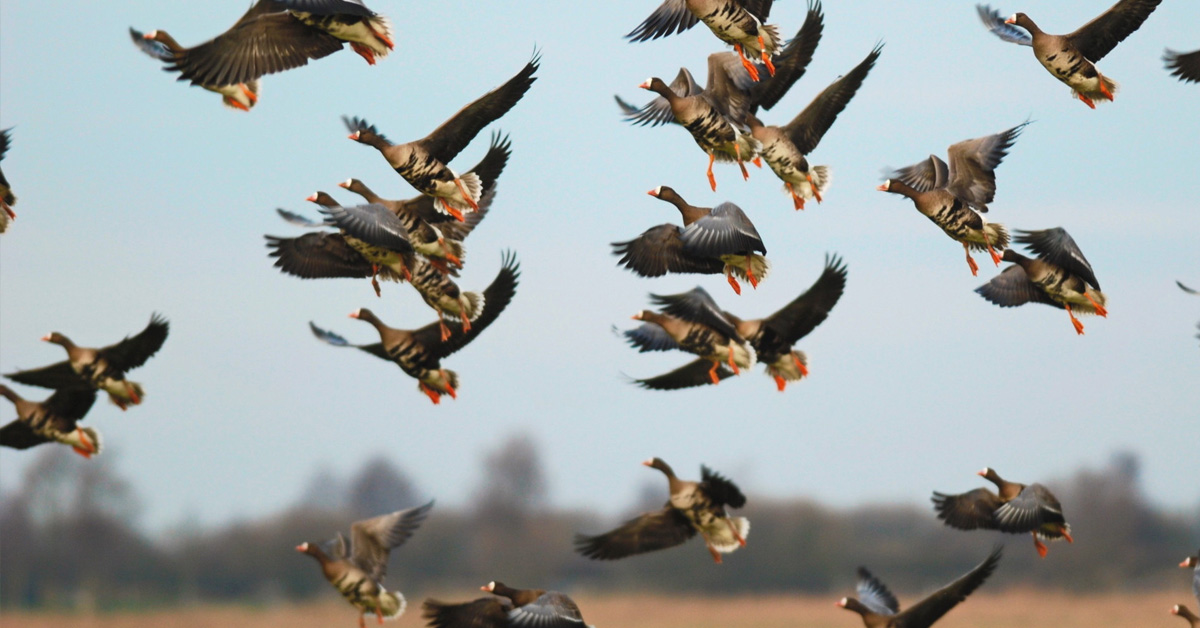 An outbreak of highly pathogenic avian influenza (HPAI), an H5N1 strain, is occurring in wild and domestic birds across Canada and USA, including Alberta.

In the latest update (Sept. 6) provided by the Office of the Chief Provincial Veterinarian, Animal Health and Assurance Branch, Dr. Keith Lehman has advised that since spring there have been 35 Alberta premises infected with this federally and provincially reportable disease. Cases included 22 commercial poultry operations, 12 small/backyard poultry flocks, and 1 commercial game bird flock.

Migratory wild birds as well as some wild mammalian species also tested positive for HPAI during this outbreak. Please visit Avian Influenza in wild birds for more information on HPAI in wild birds. The virus can survive in the environment for extended periods in the right conditions. A high viral load in the environment near your flock poses a significant risk. Events where poultry from different locations may commingle, such as swaps/sales, auctions, fairs, or shows, carry a risk of transmission of poultry diseases. Good biosecurity and increased vigilance are still your best defence against HPAI.

What is avian influenza?

How are influenza viruses named?

All viruses contain genetic material wrapped in a protein coat. Influenza viruses are separated into types based on two of the proteins in this coat: hemagglutinin (H) and neuraminidase (N). Strains of influenza viruses are named according to the type of H and N proteins that they contain as well as where they occur. For example, the strain of greatest current concern around the world is known as Eurasian H5N1. In addition, the mortality that strains cause in chickens is an indication of "high" or "low" pathogenicity (often shortened to high path or low path). Eurasian H5N1 is highly pathogenic to poultry. However, there are other strains of H5N1 that are not high path.

What is going on in Eurasia with respect to avian influenza?

Eurasian high path H5N1 avian influenza was first described in Hong Kong in 1996. It then spread in poultry and domestic waterfowl populations throughout Southeast Asia. In 2005, the virus spread to wild, migratory waterfowl, leading to outbreaks in waterfowl in China and Mongolia. The virus is known to occur in several other countries in Central Asia, Eastern Europe, Western Europe, and Africa. The strain is thought to spread via the legal and illegal international trade in domestic birds and bird-related products, and to a lesser extent by migratory waterfowl. Millions of domestic birds were culled in an attempt to stop the spread of the virus. A limited number of people also contracted Eurasian H5N1, some of whom died. It is important to note this strain does not spread efficiently from human to human and to date no one has been infected directly from a wild bird.

What do we know about avian influenza in North America?

Avian influenza viruses have been monitored in North America for over 40 years, including surveillance sites in Alberta. These studies show that:

How did the high pathogenic H5N1 virus come to North America from Eurasia?

It is likely that mixing of Eurasian and North American waterfowl in arctic breeding areas was the source of high pathogenic Eurasian strains in North America. This suggests there was limited sharing of influenza virus but once introduced, the new strains appear to have spread rapidly across the US and are likely to occur in Canada. Further mixing of the Eurasian strains with resident North American strains may have given rise to new high path North American strains, or they may be spillover from infected poultry. Regardless of the origin, both the United States and Canadian governments maintain active monitoring programs to look for all high pathogenic strains of avian influenza in wild or domestic birds.

What do I do if I find a dead wild bird?

Most bird species are not suitable for avian influenza surveillance (for example all songbirds, woodpeckers, and blackbirds). Effective surveillance should focus on the species most likely to be affected, and even then it is not necessary to test all individuals of these species. Alberta's ongoing surveillance of wild birds primarily uses groups of dead waterfowl (particularly ducks, geese, and swans), gulls, and raptors (hawks, owls, eagles). Call toll-free 310-0000 to report dead waterfowl or raptors.

As a general guideline, members of the public should avoid handling live or dead wild birds. If handling can't be avoided, wear disposable gloves, place a plastic bag over your hand before picking up the dead bird, or shuffle the dead bird into a box or container without touching it (for example, use a stick to move the bird). Wash your hands with soap and water, and disinfect using alcohol, diluted bleach, or commercial disinfectants any surface that has come in contact with dead birds.

Is it still safe to hunt waterfowl?

Healthy flying waterfowl are unlikely to be infected with avian influenzas that pose any risk to hunters. To date, no person has been infected with avian influenza directly from wild birds. Basic hygiene including washing hands with soap and water, wearing latex gloves, and disinfecting work surfaces after processing wild birds are added precautions that further limit any potential risk. A facemask and eye protection also can be used to reduce any potential risk. Of course, normal hunting and gun safety precautions should be followed at all times.

What is happening now that highly pathogenic strains of avian influenza were found in wild birds in Alberta?

All H5 and H7 subtypes of avian influenza must be reported to the Canadian Food Inspection Agency. If subsequent tests identify high path strains, the public as well as provincial, territorial, and federal agriculture, health and wildlife agencies would be notified. Visit the web pages provided herein to find out what follow-up actions are underway by Canadian Food Inspection Agency, Alberta Agriculture, Forestry and Rural Economic Development, and Alberta Health. In conjunction with Alberta Agriculture, Forestry and Rural Economic Development, the Fish and Wildlife Division of Alberta Environment and Parks continually monitors mortality in wild waterfowl, particularly the species and in the geographic area in which high path strains are anticipated.

If highly pathogenic strains of avian influenza were found in wild birds in Alberta, would the government cull wild birds?

How does the avian influenza virus commonly found in wild birds relate to pandemic influenza?

For information on wildlife diseases in Alberta, including avian influenza:

For information on avian influenza from a poultry perspective, visit:

For information on human influenzas, visit: